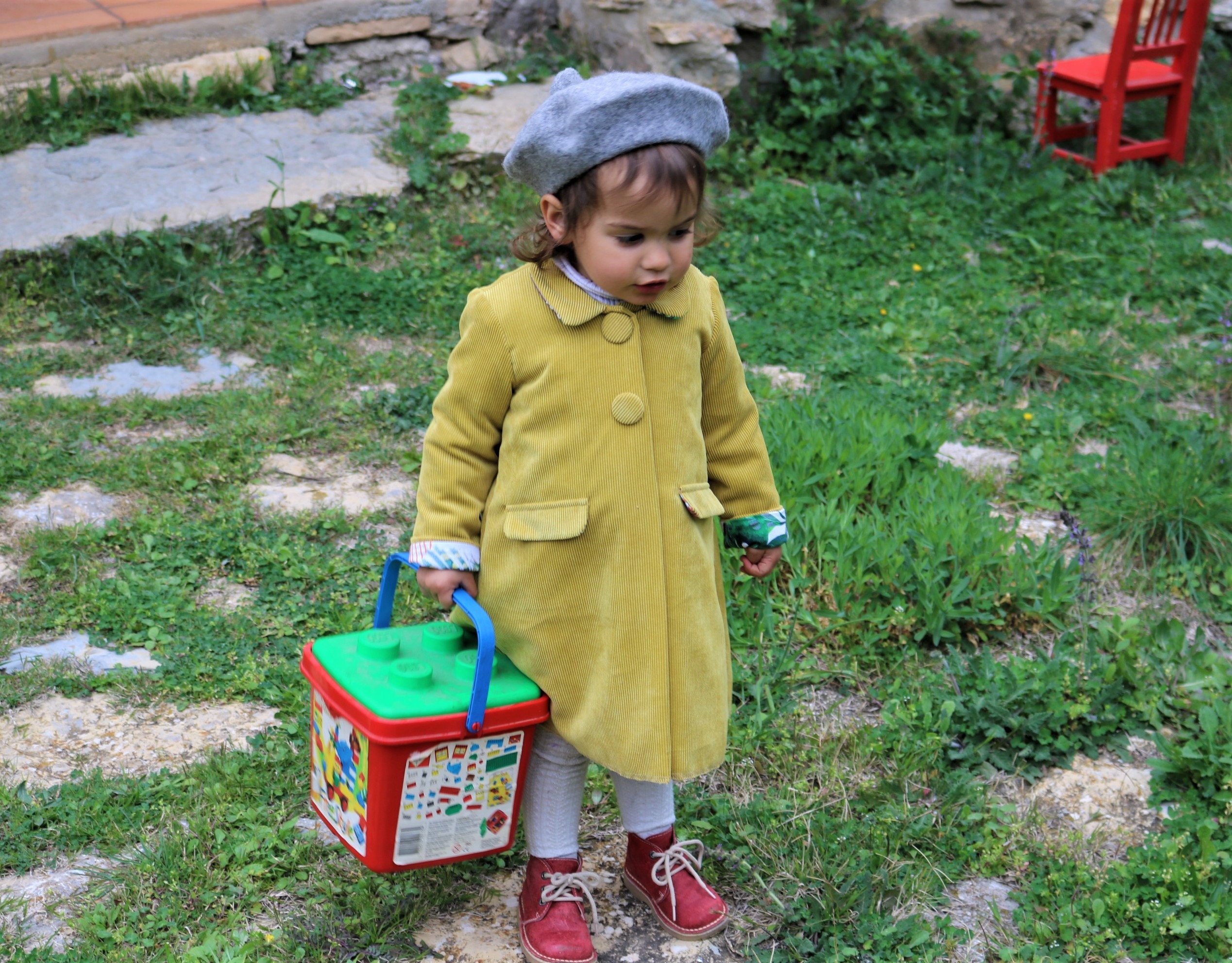 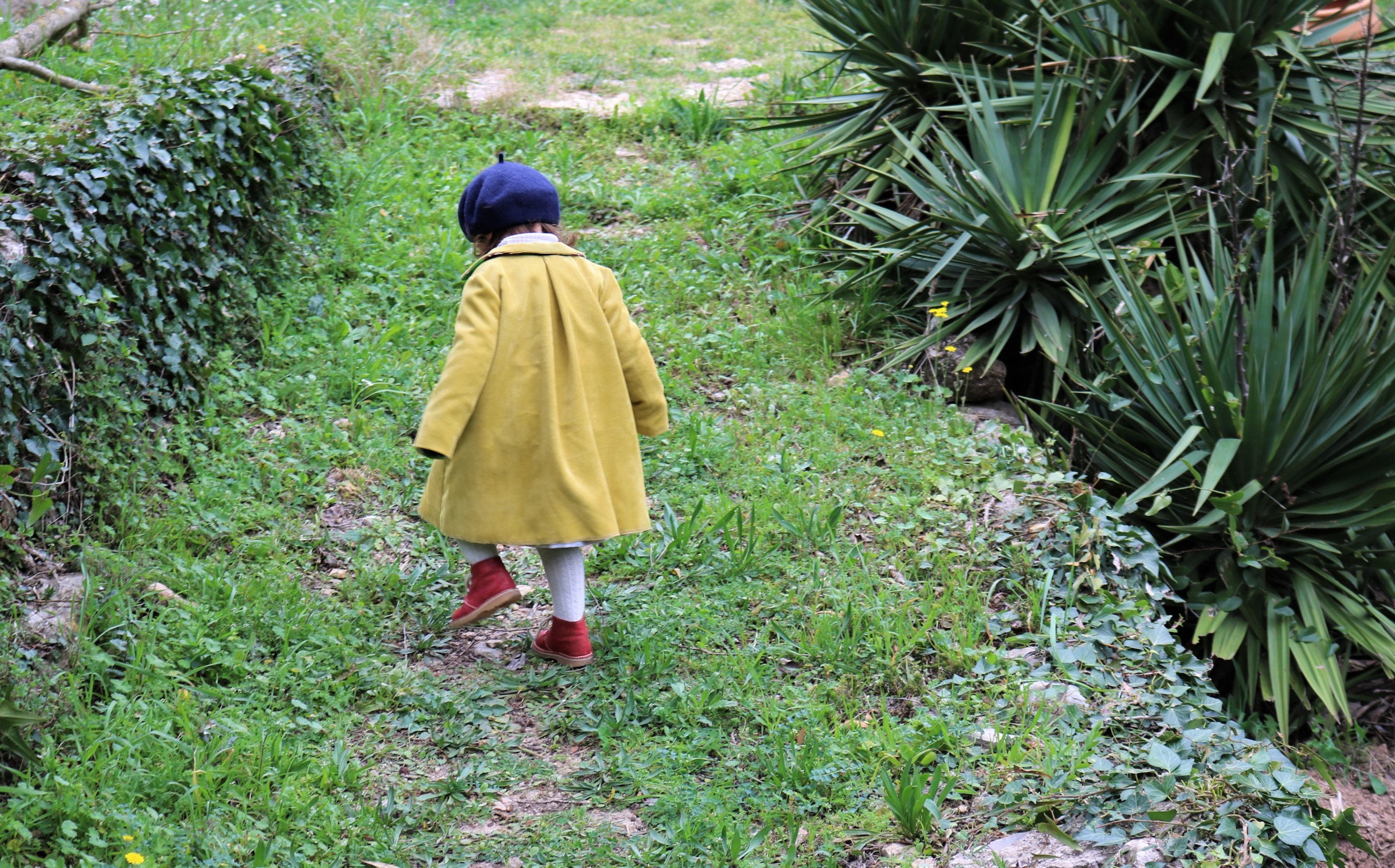 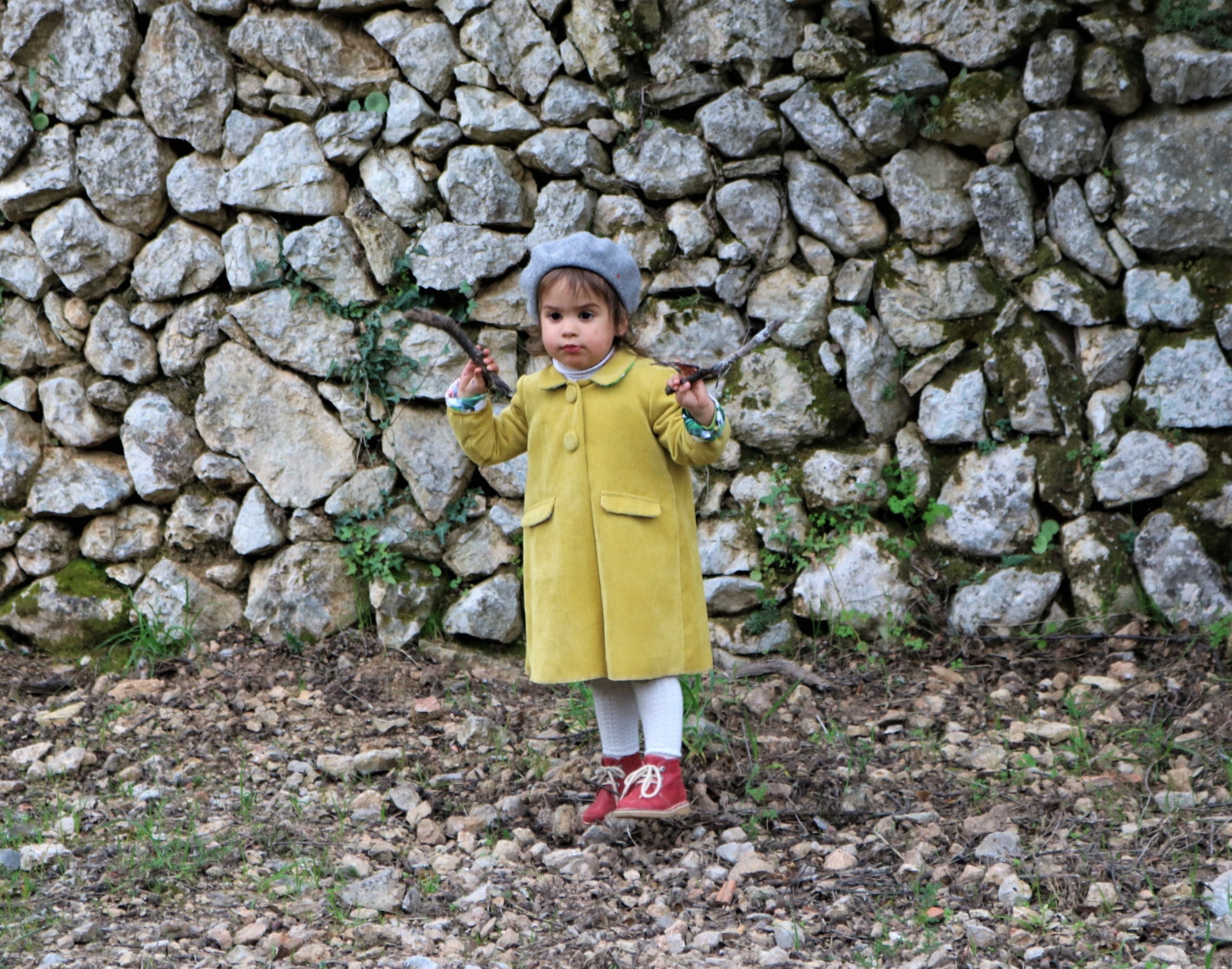 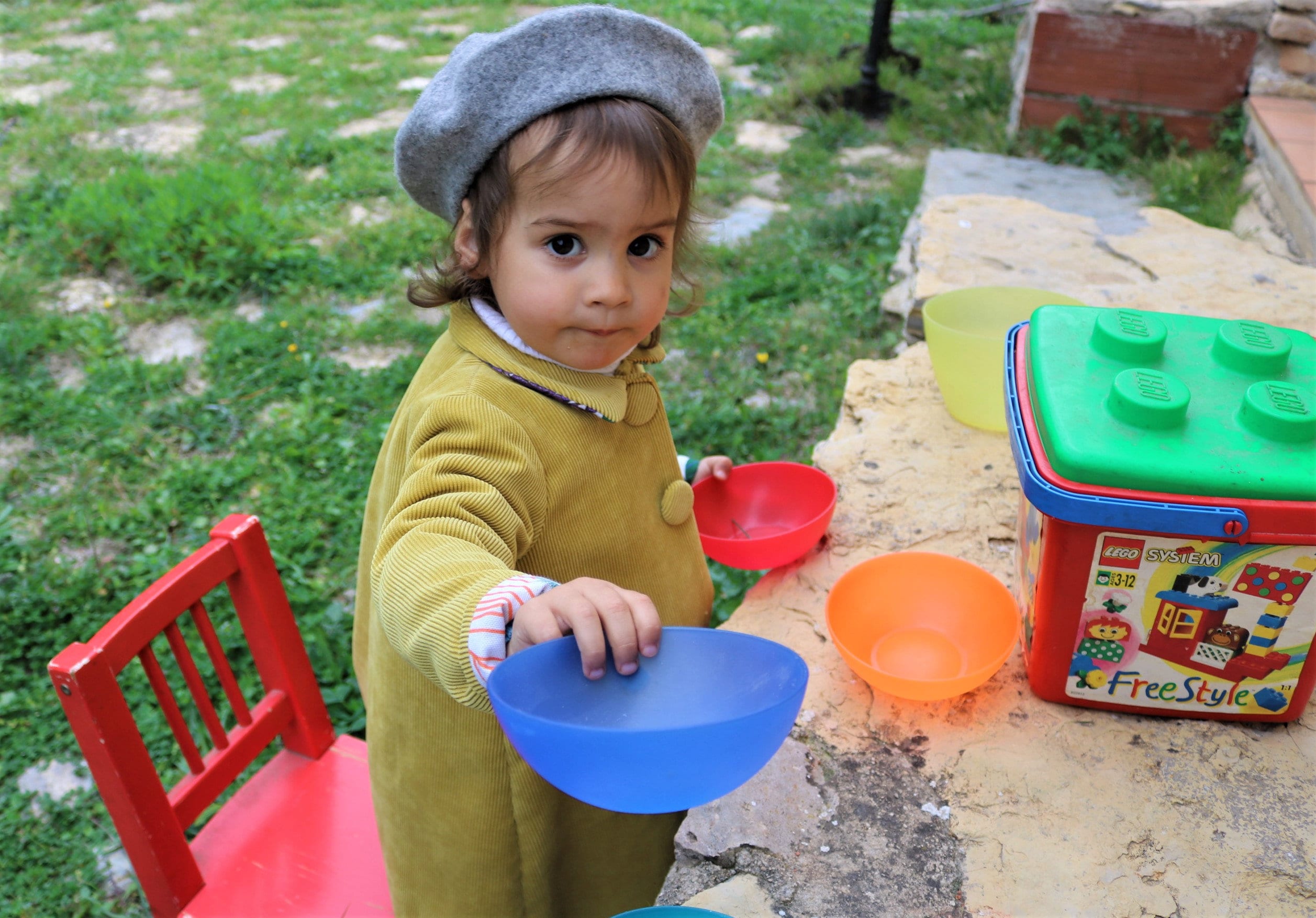 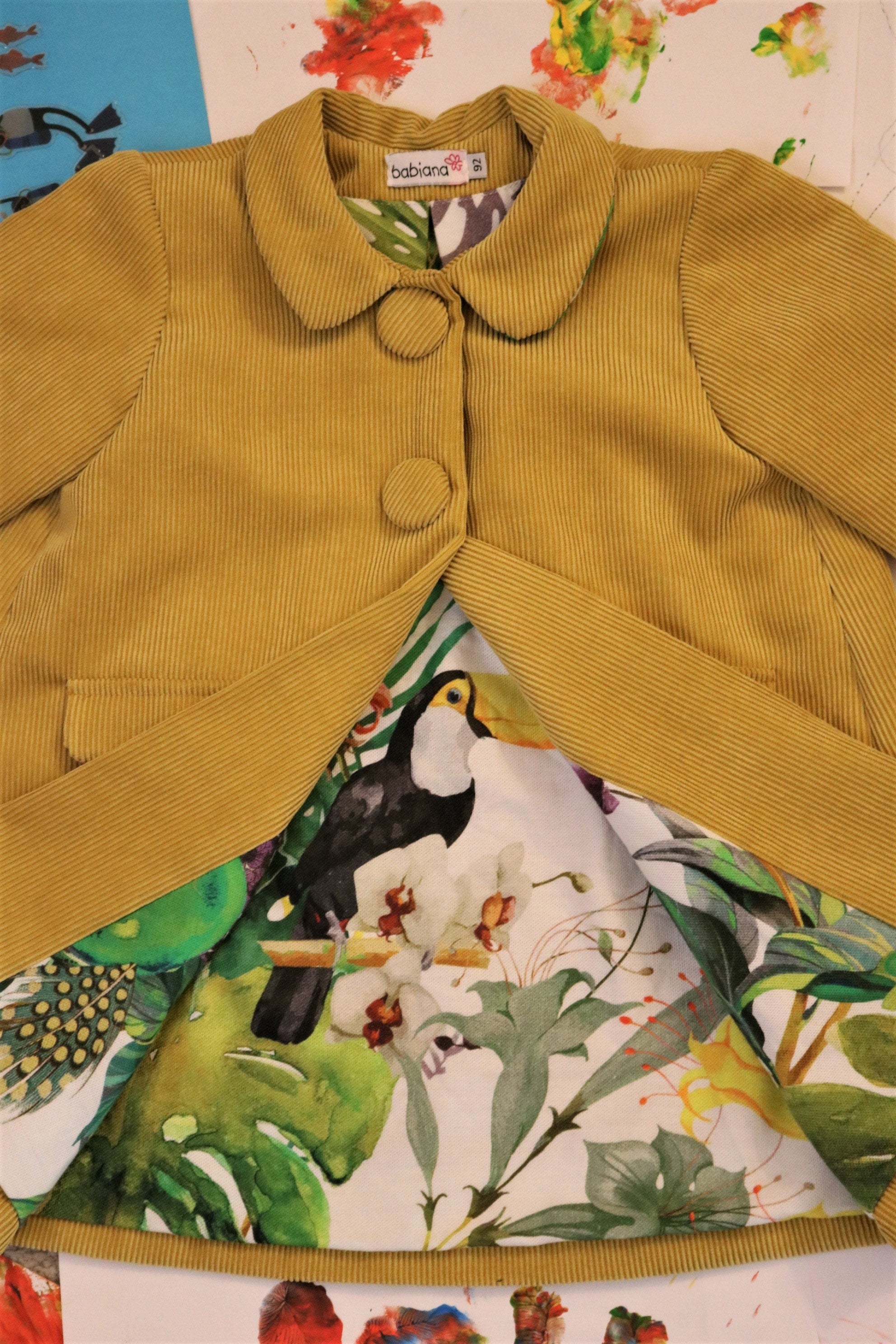 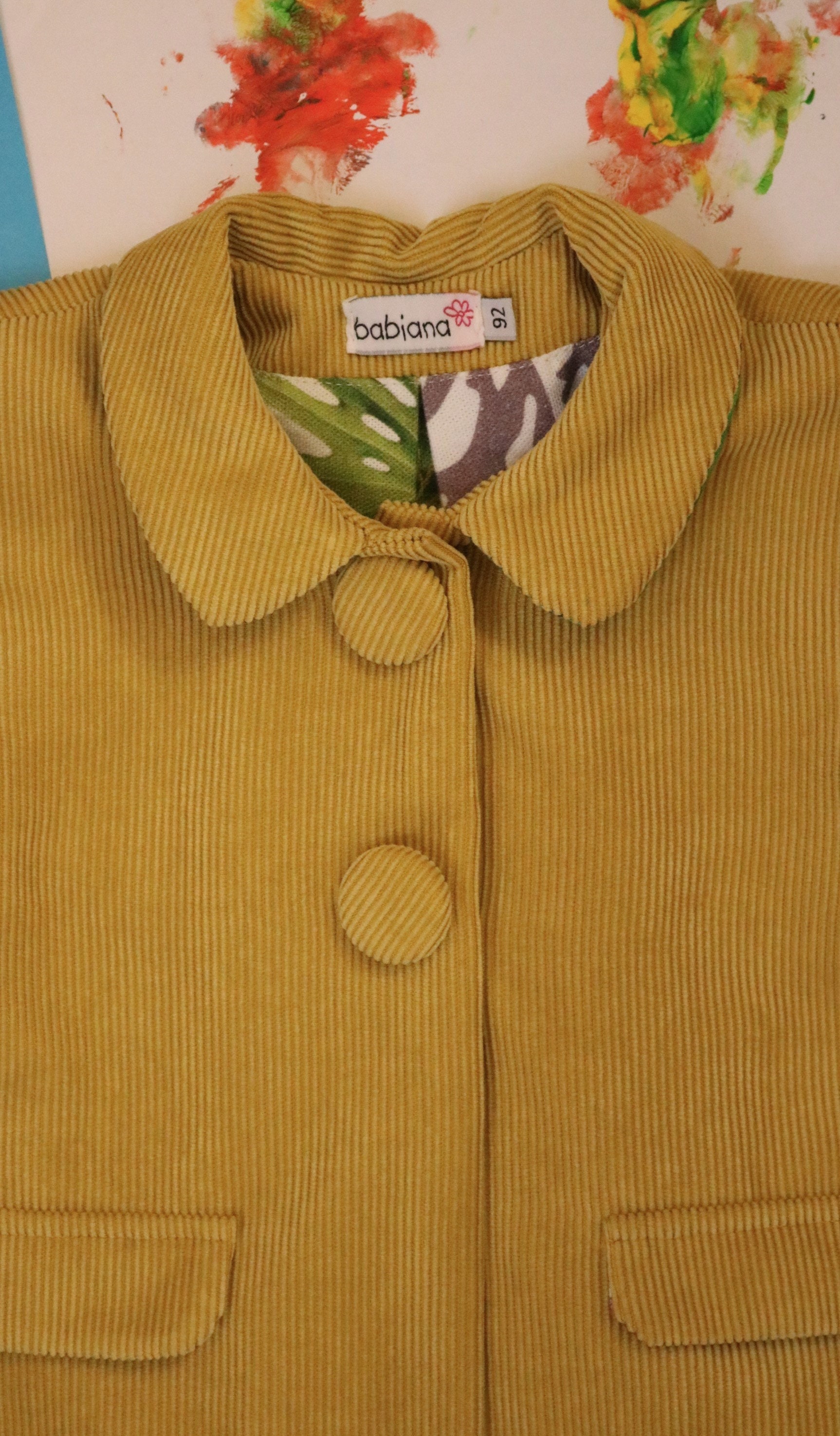 Up-cycled spring/fall coat made of soft cotton velvet. Sleeves are a little bit longer so that child could wear the coat for a longer period. The coat has two green studs covered with handmade buttons.

The coat is named after Yellow-breasted bunting bird who is a passerine bird in the bunting family Emberizidae that is found across the Boreal and East Palearctic. Populations have declined precipitously since the early 2000s, and the species is now considered to be critically endangered. The decline of the yellow-breasted bunting is likely to be caused by substantial trapping during migration and most specifically at winter sites. Birds are flushed then caught in mist-nets, to be sold for consumption as "sparrows" or "rice birds". Even though the actions have been restricted to a small area in southern China, it has become more widespread and popular to increasing wealth, and hunters now travel long distances to find sufficient birds. Shifts in rice paddy irrigation practices have reduced the quality and quantity of wintering habitats, including the loss of water stubble, and the loss of reedbeds has reduced available roost sites.

I gladly accept returns and exchanges

Ship items back to me within: 30 days of delivery

But please contact me if you have any problems with your order.

The following items can't be returned or exchanged

Because of the nature of these items, unless they arrive damaged or defective, I can't accept returns for:

The Vendor only uses the personal data entered by the Customer (including name, phone number, address, e-mail and bank details) for processing the order and sending Products to the Customer. The Vendor forwards personal data to the transport service provider to deliver the Products. We use SSL (Secure Sockets Layer) technology - the highest standard in online encryption technology - to ensure that your personal information remains secure. It encrypts all of your personal information, including name, and address so that it cannot be read as the information travels over the Internet. SSL encryption allows you to shop with confidence, knowing that only you and we have the ability to access your information. The Vendor sends newsletters and offers to the Customer's e-mail address only if the Customer has expressed their wish to receive them by entering their e-mail address on the website and indicating their desire to receive direct mail. The Customer can opt-out of offers and newsletters sent to their e-mail address at any time by letting Vendor to know via e-mail or by following the instructions in an e-mail containing an offer.

0 items in your cart